For 100 Years, Planned Parenthood Has Silenced Millions Of Women, Including Me

For 100 Years, Planned Parenthood Has Silenced Millions Of Women, Including Me

Following Planned Parenthood’s celebration of their 100th anniversary over the weekend, where PP and allies proclaimed “100 years strong” a chorus of women are telling a different story.

Planned Parenthood CEO Cecile Richards said in a recent interview that she finds it “exciting” to hear women tell their abortion stories. Democratic presidential candidate Hillary Clinton and her running mate Tim Kaine also recently said they “trust women,” and that’s why they support abortion on demand and funded by taxpayers.

Throughout history, women have often been treated as second-class citizens and their voices silenced. But this is 2016, and all women deserve to be heard. Planned Parenthood has consistently claimed to “care” for women “no matter what” and champion “women’s rights”—yet they frantically silence any woman who thinks women deserve better than Planned Parenthood.

At Planned Parenthood’s 100th anniversary, I find it important to tell my story, too. I worked for Planned Parenthood for eight years and was director of one of their abortion facilities in Texas. I got involved with their organization because I fell for their talking points and believed we were helping women and that Planned Parenthood wanted to reduce the number of abortions in America. I was wrong.

In August 2009, and much to my surprise, I was told to double our abortion quota to increase our facility’s income. A month later, I saw a 13-week-old baby fight for his life against the abortion instruments. In that moment it became clear that Planned Parenthood doesn’t want to reduce the number of abortions and that women’s lives aren’t really their priority.

I left Planned Parenthood and the abortion industry in 2008, and I now stand together with more than 300 former abortion clinic workers in an organization called “And Then There Were None.”

“And Then There Were None” is a network of former abortion clinic workers who are stepping forward to tell our stories about what really happens behind the closed doors of Planned Parenthood and abortion facilities across America. We are stepping forward because our voices deserve to be heard, and America deserves to know the truth. We are not the only ones who deserve to be heard. ATTWN is 300 strong, but we’re only one side of the story.

What about the beautiful stories of true female empowerment and motherhood, like Britney Spears’ little sister Jamie Lynn Spears, or “16 and Pregnant” star Catelynn Lowell? Don’t their stories deserve to be heard?

What about the women like Claire Culwell, who survived abortion and now speaks publicly on the topic? Doesn’t Claire deserve to tell her story?

At 13 years old, Claire’s mother had an abortion. A few weeks later, Claire’s mom went back to the doctor and was shocked to hear she’d been pregnant with twins. Only one of the two babies had been aborted. Claire was born several weeks early, with dislocated hips, was adopted by a beautiful family, and now is married with a child of her own. Will Planned Parenthood continue to silence Claire and her abortion story?

Planned Parenthood has spent the past 100 years covering up the truth with creative rhetoric, political games like spending $30 million ahead of November’s election, and constantly referring back to their slogan: “Care, no matter what.” The American people are smarter than that, and we know America deserves better than anything Planned Parenthood offers.

Read More Here
Posted by Unknown at 9:26 AM 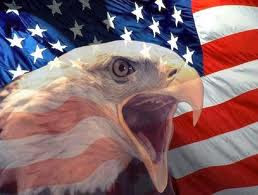 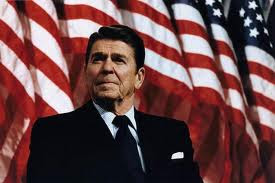